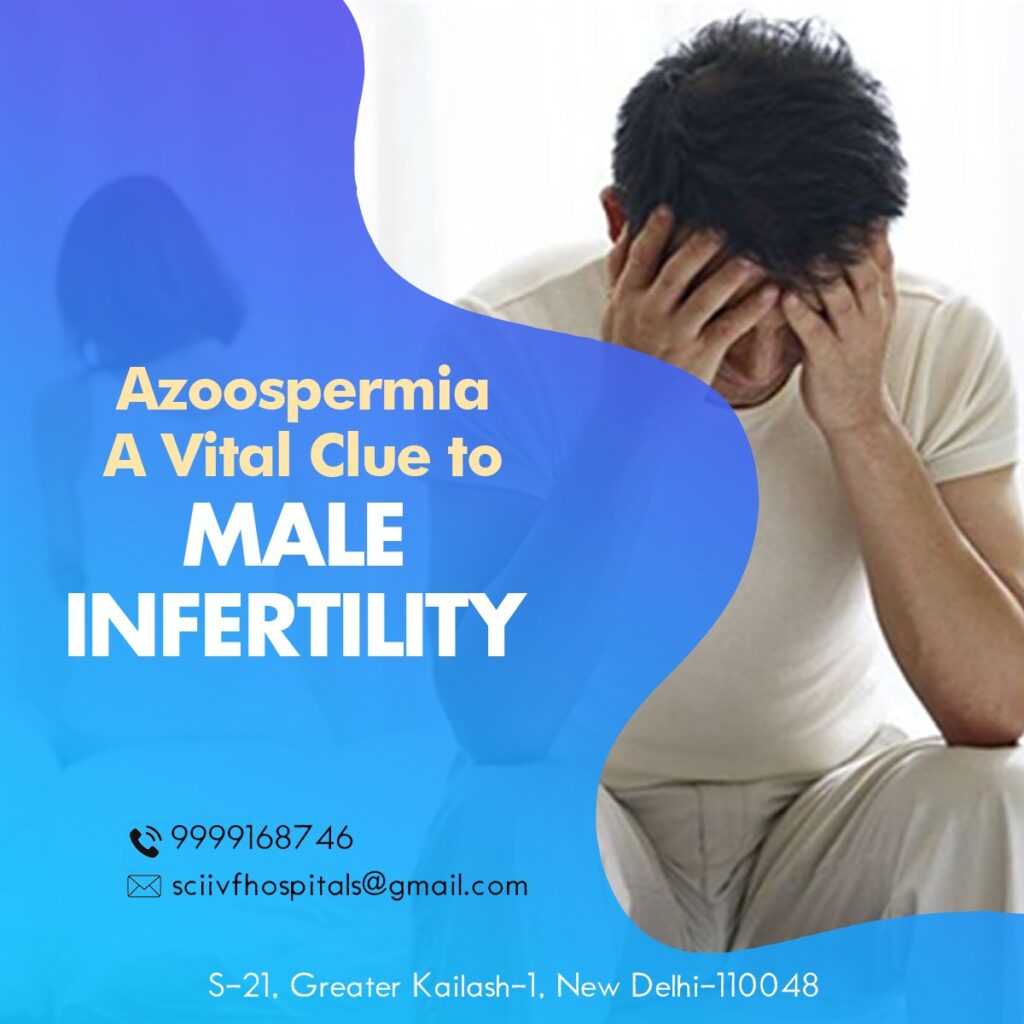 Infertility is a term used for the inability of conceiving. The factors affecting male fertility are semen quality such as sperm counts, motility, and volume.

The absence of sperms in ejaculation is called azoospermia. Azoospermia is one of the major medical conditions of male infertility where there is no considerable sperm count in the semen. Ejaculation is not only the measure of fertility. A person may ejaculate, but if it is without sperms, called azoospermia. For treatment of azoospermia, connect to Dr Vishal Dutt Gour – the best urologist in Delhi.

Sperm is produced in the Testicles and semen fluid is formulated in the Seminal vesicle. The sperm travels through the duct and mixes with the fluid and creates semen. The semen passes through the Ejaculatory duct and ejaculates from the penis. If any organ in this process is failed to work properly, it may cause an infertility issue. Based on the functionalities of sexual organs, there are the following types of Azoospermia.

Treatments depend on the type and cause of the azoospermia. Some natural remedies can be used in the case of Pre-testicular Azoospermia. Hormones can be produced with some changes in the diet and eating healthy. Including folic acid, L-carnitine, Panax ginseng, and zinc-rich foods in your diet may help. Yoga and meditation can also improve sperm health.

The majority of reasons for Testicular Azoospermia and Post-testicular Azoospermia cannot be solved with natural means. A proper surgery is required to eliminate the cyst or blockage from the tube, transporting sperms. In microsurgery, an incision is made on the scrotum to eliminate the blockage or fix the tube connections. In endoscopy, a small catheter tube with a microscopic camera is inserted at the exact spot of the problem to remove the blockage so that sperms can reach the penis.

If all these ways cannot work to treat azoospermia, IVF is used to fulfill the couple’s dream of parenthood. For IVF treatment, contact SCI IVF Hospital – the best infertility clinic in Delhi NCR.